The Adjutant General of Maryland 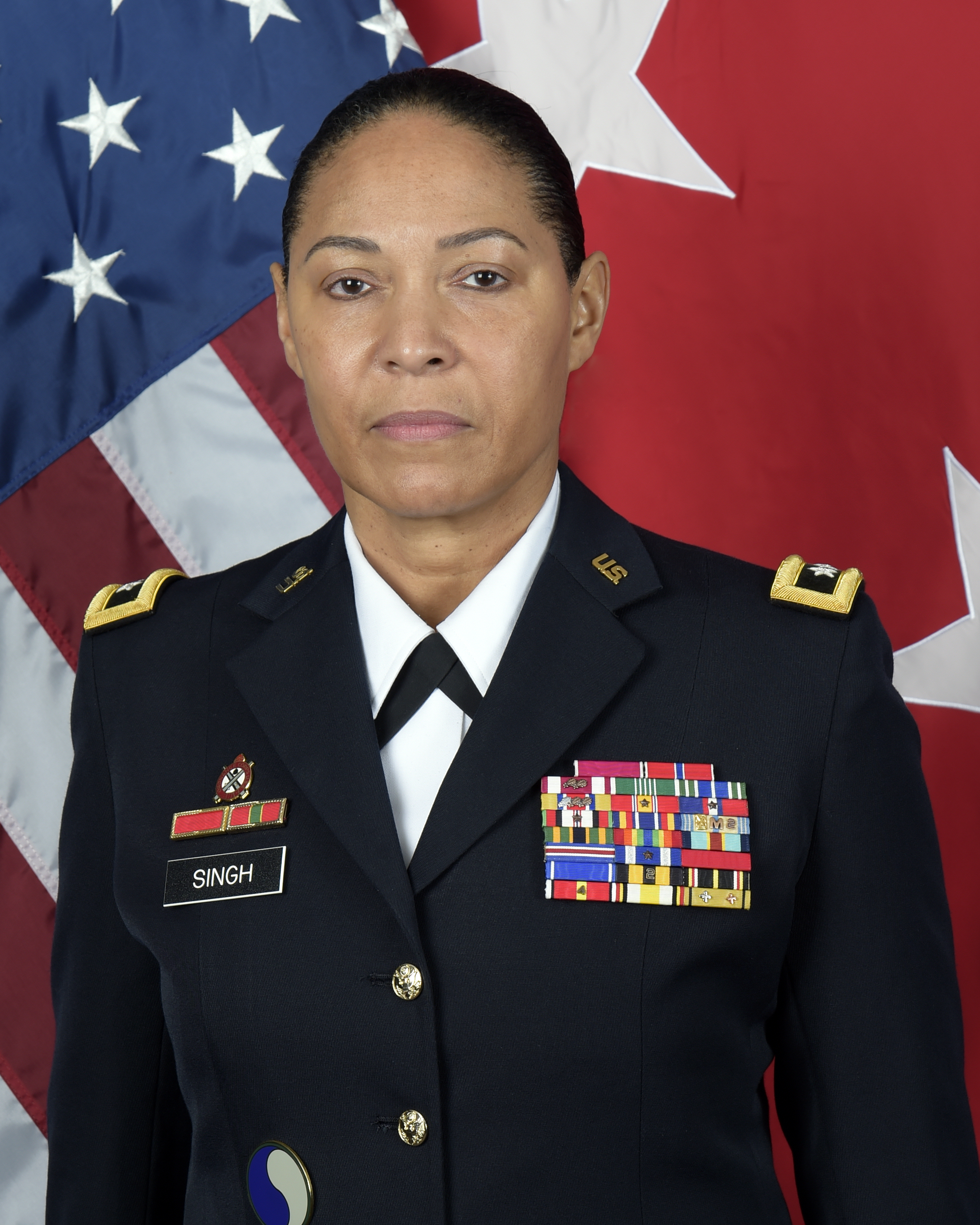 Major General Linda L. Singh was appointed as The 29th Adjutant General of Maryland effective, January 21, 2015. The Adjutant General is responsible for the daily operations of the Maryland Military Department, which includes the Maryland Army National Guard, Maryland Air National Guard, Maryland Emergency Management Agency, and Maryland Defense Force. She is a senior advisor to the governor and is responsible for the readiness, administration, and training of more than 6,700 members of the Military Department with an annual budget of more than $314 million. As The Adjutant General, she serves as the official channel of communication between the governor and the National Guard Bureau and serves as a member of the governor’s cabinet.

General Singh grew up in Frederick County, Md., and is a long time Maryland resident of Prince George’s County where she currently resides with her husband and two daughters. She received her commission in 1991 through Officer Candidate School at the Maryland Military Academy in Reisterstown, Md. Her military career spans more than 30 years of service in both the enlisted and officer ranks. She has served in staff and command assignments at every level, including deployed assignments in Kosovo and a combat tour in Afghanistan supporting Operation Enduring Freedom.

She retired as Managing Director in Accenture’s Health and Public Service North America operating unit in May of 2016. Her responsibilities included managing all operational activities to include the financials, strategic business plans, quality programs, program delivery programs, human resource management, business approvals, internal controls and sales activities for a budget that exceeded $3 billion dollars. She managed a global team in order to leverage capabilities from Accenture’s global public service business as well as external partnering relationships. She previously served as the Commercial Director for the Public Safety Portfolio, the account lead for the Veterans Affairs and the account lead for the Army.

Her military decorations include the Legion of Merit and the Bronze Star Medal and many more. General Singh is a graduate of the U.S. Army Command and General Staff College and the U.S. Army War College where she received a master’s degree in Strategic Studies. She holds a bachelor’s degree in Business Administration from Columbia Union College, a master’s degree in Business Administration, Military Management from Touro International University, a Master’s Certificate in Six Sigma from Villanova University, is a graduate of the United States Northern Command Joint Task Force Commander’s course and is a fellow from the International Women’s Leadership program at Harvard University/INSEAD.