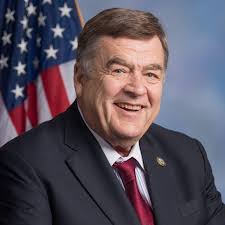 Congressman C.A. Dutch Ruppersberger is serving his ninth term in the United States House of Representatives for the citizens of Maryland’s 2nd District. Congressman Ruppersberger is known as a common sense consensus builder who works with Members from both sides of the aisle to get results for Maryland and the nation.

The assignment comes after a committee-record 12 years serving on the House Intelligence Committee, including four as Ranking Member. Congressman Ruppersberger was the first Democratic freshman ever appointed to the committee, which oversees the collection and analysis of intelligence from around the world to ensure our national security and prevent potential crisis situations — especially terrorist activity. He traveled to more than 50 countries including Iraq, Pakistan, Afghanistan, Yemen, China and Venezuela during his time on the committee.

On the committee, he developed a reputation for bipartisan leadership with then-Chairman and Republican Mike Rogers. Beginning in 2011, the pair worked together to pass five intelligence authorization bills over four years – after a 6-year period without one – as well as bipartisan cybersecurity legislation. In 2015, they became the first dual recipients of the prestigious William Oliver Baker Award from the nonpartisan Intelligence and National Security Alliance for their pragmatic leadership.

Maryland’s 2nd District includes parts of Baltimore City as well as Baltimore, Anne Arundel, Harford and Howard Counties. It is a vital center of trade and commerce for the state and national economy and includes the Port of Baltimore and the hundreds of businesses and manufacturing concerns dependent on it. The 2nd District is also home to the National Security Agency, Fort Meade, federal Cyber Command, Aberdeen Proving Ground, the Coast Guard Yard at Curtis Bay and other installations essential to the country’s national security.